I encountered multiple issues trying to repartition my SD on my PI. Because the / directory is mounted, it never really worked safely for me to use fdisk. Morevoer some of the powerfull tools such as gparted need X11 installed, which I don’t have by default.

Hopefully the new PI3 B and B+ are able to boot from USB, hence the idea of creating a Rescue Dongle

It seems that all new PI 3B+ have OTP for USB boot mode setup by default. For the PC 3B, you have to activate using the /boot/config.txt

The flag for OTP USB flag is set on the 3B+ (by default on master-pi) and on the 3B where I did add the entry to the config.txt (nas-pi)

Creation of the Rescue Dongle

The idea is to boot a PI from the Dongle and then apply the fixes to the SD card.

First step is to reboot a PI without SD card from the Dongle and connect VNC Viewer to it.

First insert the SD and close the popups 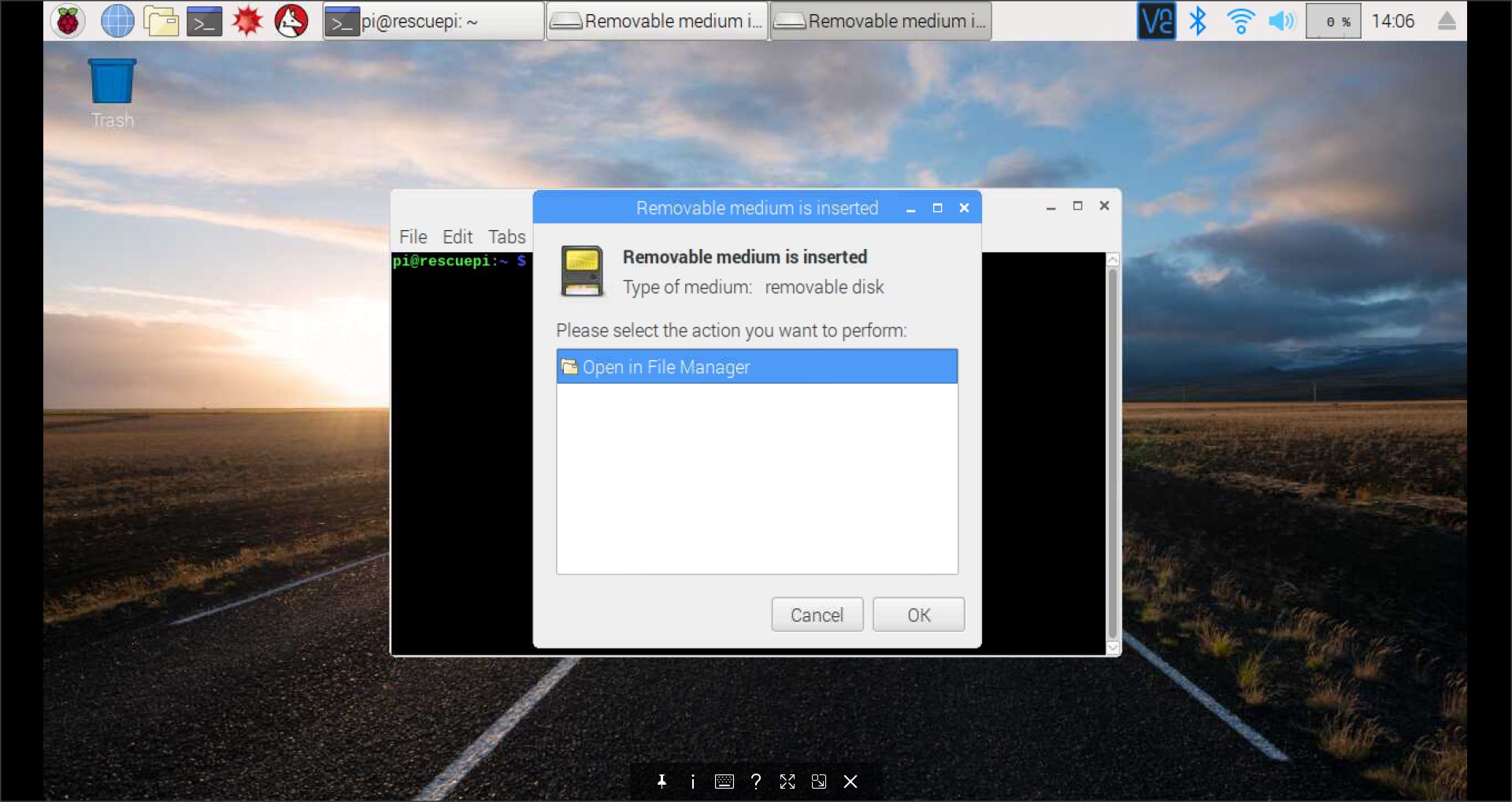 In a terminal run, sudo gparted 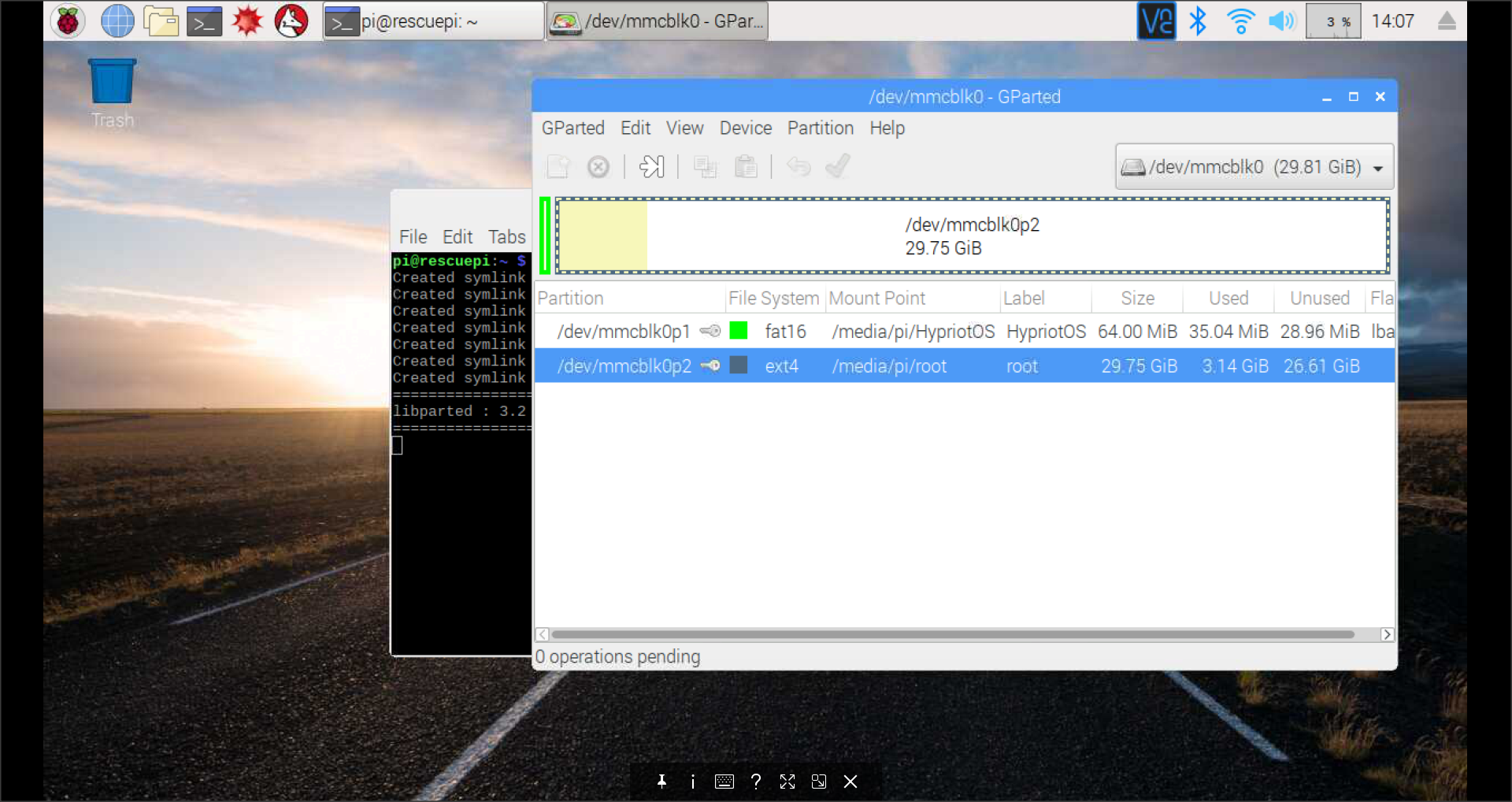 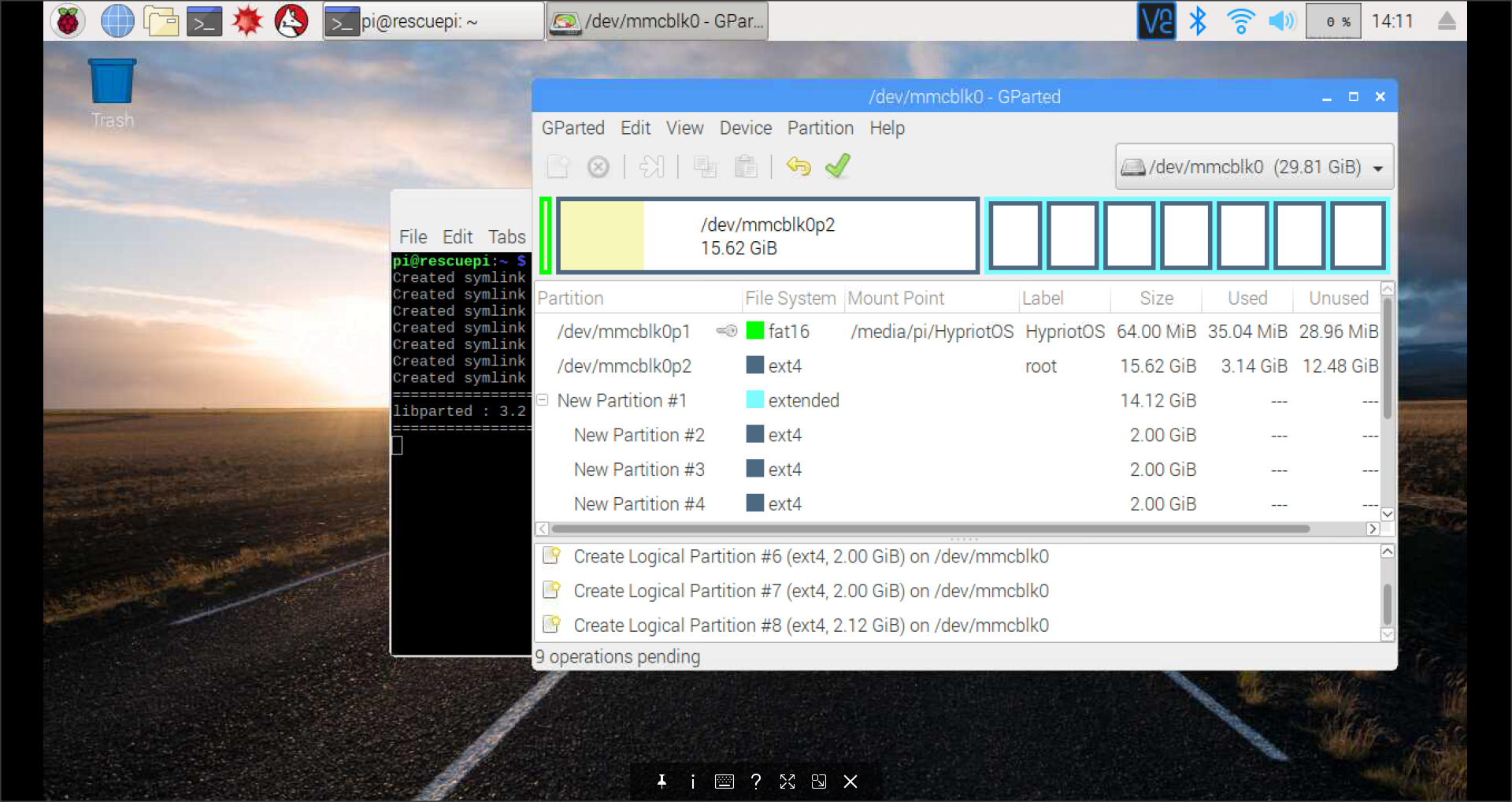 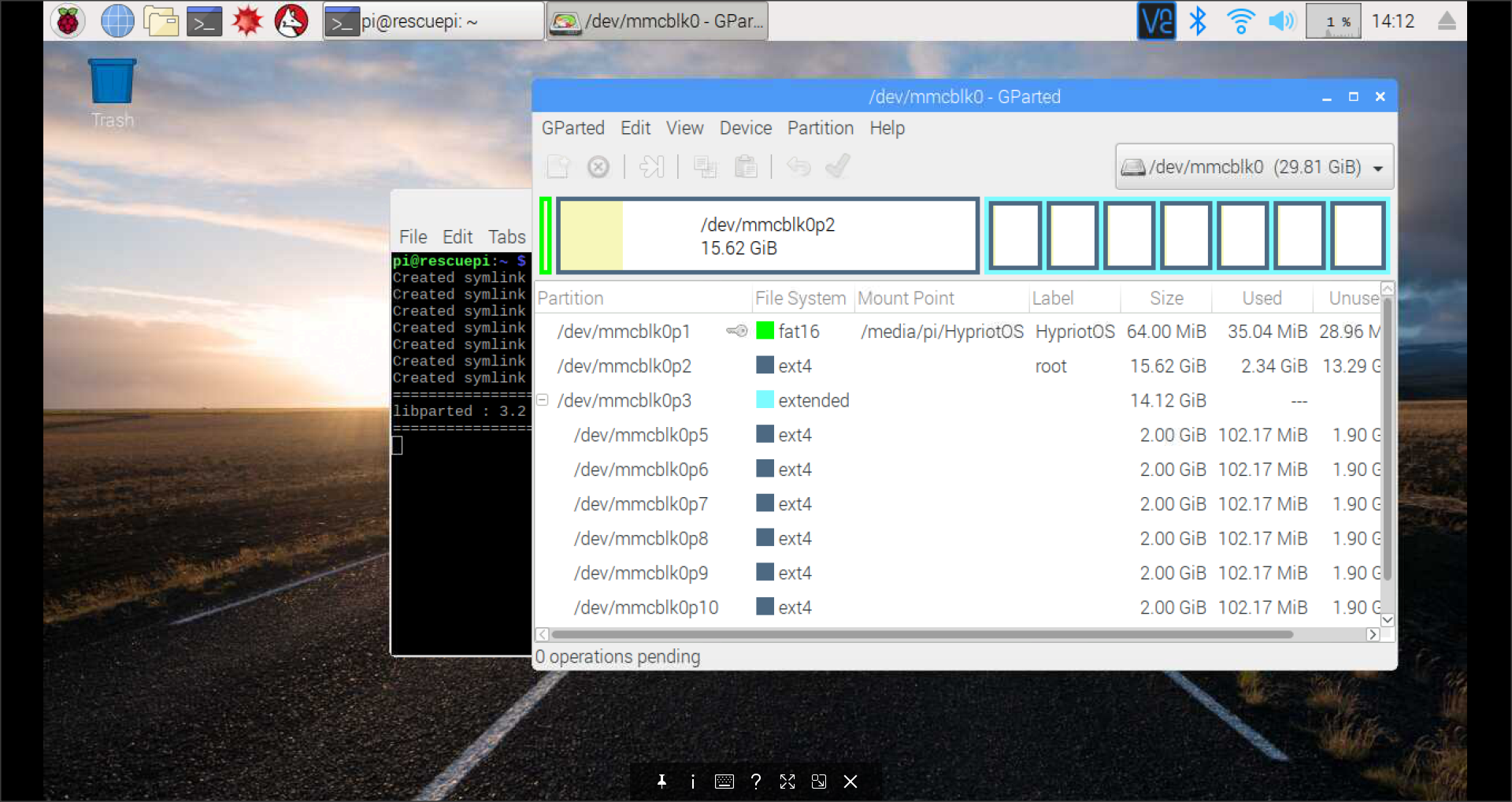 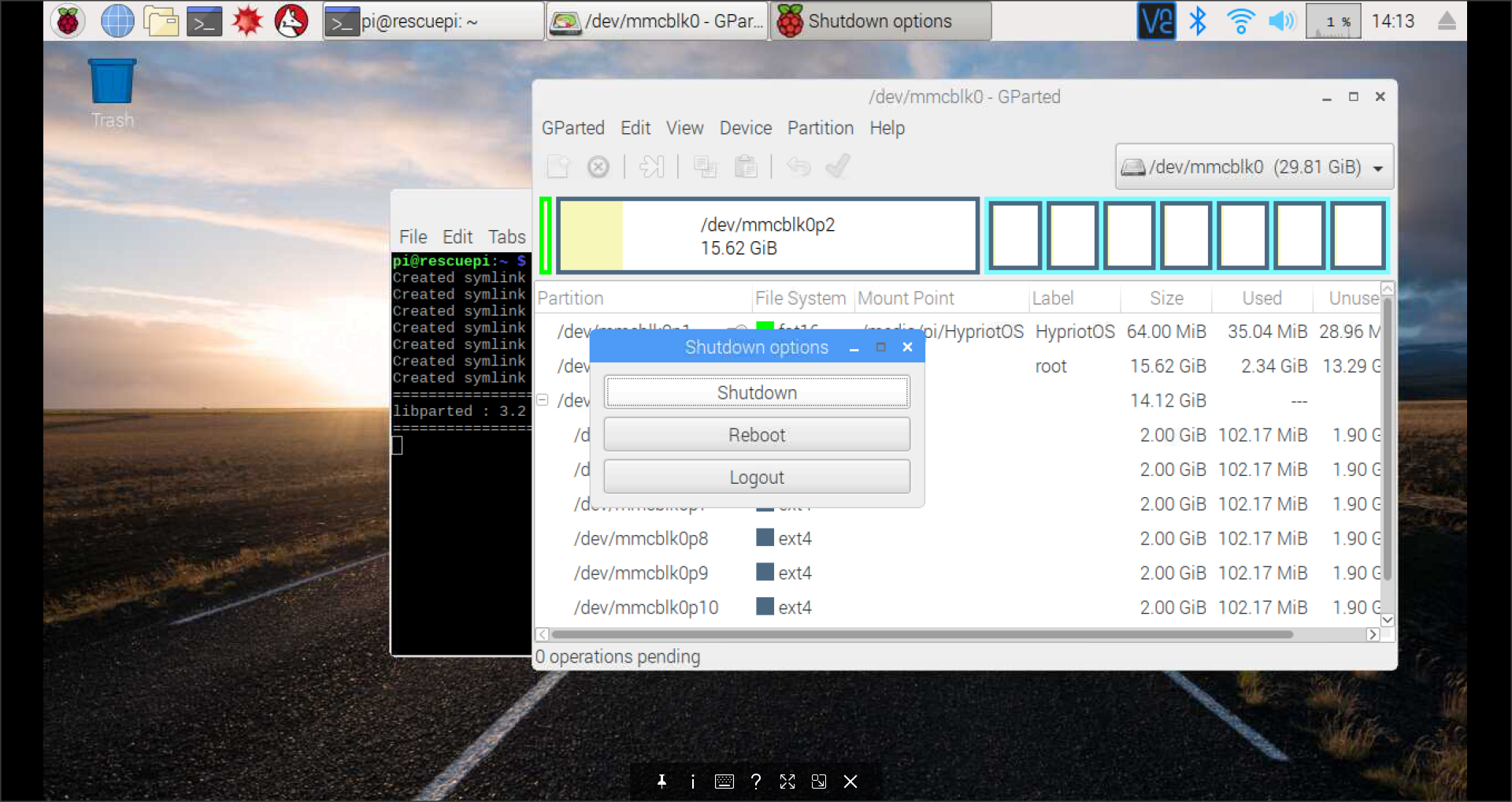